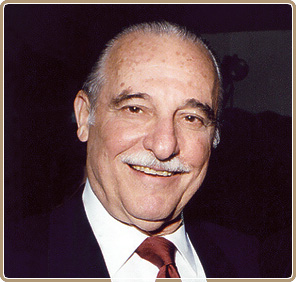 A brilliant diagnostician and widely respected New York physician, Dr. Gerald J Friedman had a distinguished career in a number of medical specialties—diabetes and metabolism, endocrinology, cardiology and internal medicine. An early believer in the role nutrition plays in preventing illness, he was  one of the pioneers of the field of clinical nutrition and a leading pioneer in the field of intensive care. He had numerous clinical appointments at some of New York City’s finest hospitals and many published articles in journals, including some scholarly chapters in pioneering nutrition and diabetes texts during the 1960’s. Although fully inspired and satisfied by his 55 years in a successful and fulfilling practice, he occasionally admitted were it not for pressure from his parents, he would have pursued a career in research, a field which continued to intrigue and fascinate him throughout his life.

Dr. Friedman earned both his BS and MD from New York University. He served in the Army from 1941-46 as a First Lieutenant, Major and Chief of Medicine; Commanding Officer 222nd Station Hospital. During his long medical career in New York, he was a physician at Bellevue Hospital, New York University Hospital and Beth Israel Medical Center at various times from 1946-93. At Beth Israel Medical Center, he served as Chief of the Medical Intensive Care Unit from 1963-83, Chief of Metabolism and Endocrinology from 1953-75 and Chief of Diabetes and Metabolism from 1975-85. From 1972-93, he served on the Medical Board of Beth Israel, serving as vice president and president from 1976 - 80. He also served as International Director of Medicine United Parcel Service from 1957-92. Dr. Friedman held teaching positions at Mount Sinai School of Medicine, City University of New York and New York University College of Medicine from 1940’s through the early 1990’s.

Dr. Friedman has made significant contributions to society by engaging in community and philanthropic activities. He was president of the Brotherhood Synagogue Congregation in New York at various times over a period of 10-15 years, and was a recipient of Torch of Learning Award given by the American Friends of the Hebrew University.

In 1992 Dr. Friedman established the Gerald J and Dorothy R Friedman NY Foundation for Medical Research which supports the work of researchers, their laboratories and projects in many diverse fields, most notably diabetes, nutrition, nephrology, neurology and oncology. He has several endowed chairs in his name including Nephrology (Tufts School of Medicine), Alzheimers (NYU School of Medicine), Endocrinology and Metabolism (BIMC), Pain and Palliative Care (BIMC), Radiation Oncology (BIMC).

In 2002 the Foundation named the Gerald J and Dorothy R Friedman School of Nutrition Science and Policy at Tufts University and in 2006 the Gerald J Friedman Diabetes Institute was established at Beth Israel Medical Center NYC.